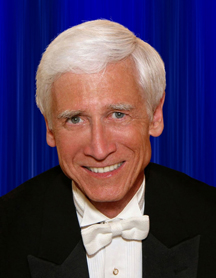 I just received this note from Jim Bagby, Baritone of the 1986 Champion Quartet Rural Route 4 regarding Dr. Greg Lyne.

"Barbershopping icon Dr. Greg Lyne died about 2:30 this afternoon CST in his San Francisco area home. He had suffered for some time with emphysema and related diseases. His son, Cameron, called me twice today, once to tell me the end was near, and then again to say he was gone.

One of the last songs Cameron played for him was "On the Farm in Old Missouri," which Greg arranged for the Rural Route 4 at the request of Gil Lefholz, whose aunt found the sheet music in her piano bench in northwest Missouri.

Greg was a native of Wamego, KS, not far from Topeka, and joined BHS at age 14. I think he was 73, because in all the years we were friends he was about five years younger than I. He spent time in the KC area as a high school teacher in KCK while he worked on his master's in choral conducting at Kansas State, and also was an assistant director of the Pony Expressmen in St. Joseph.

He coached HOA (Kansas City Chapter) several times over the years and with possible exception of Jim Henry, he was the best we ever had. Greg was only the second man in Society history (after Lou Laurel) to earn gold directing two choruses – Chicago's West Towns and then Masters of Harmony that he founded in Los Angeles."

I had the distinct pleasure and honor of learning volumes from Greg over my entire Barbershop lifetime, especially during my formative years, teaching, coaching, arranging, and as a judge, and I continue to use many of the amazing musical tools he taught still today. Dr. Greg completely changed the way music education took place in the Society. I'm sure that many of you will remember him and, even if you don't, you have benefited from his teachings in some way, shape, or form. Please take a moment to offer a prayer or thoughtful energy in his direction. (pun intended)